John Yakabuski was elected to the Ontario Legislature as MPP for the riding of Renfrew-Nipissing-Pembroke on October 2nd, 2003. On June 7th, 2018, he was re-elected for his fifth term in office.

John is currently serving as the Minister of Natural Resources and Forestry.

He was raised on politics as his father, Paul Yakabuski, served as the Provincial Member for the riding of Renfrew South for 24 years.

Formerly a real estate sales representative, John is best known locally as the former owner-operator of Yakabuski’s Home Hardware in Barry’s Bay, which he operated for 20 years.

He is also known for his record of community service that has included service to the Royal Canadian Legion, Madawaska Valley Lions Club and the Boy Scouts. In addition, John sat on the steering committee of St. Francis Memorial Hospital’s Capital Equipment Campaign and is very active in his church, St. John’s Lutheran Augsburg.

In October of 2010, John recorded and released his second CD entitled “Taking Care” to raise funds that go directly to nine long term care homes in his riding. John’s first CD, “To Your Health” raised over $50,000 for the five local hospitals in Renfrew County.

John grew up in a family of 14 children, just about enough for a quorum on its own. He and his wife Vicky have four children and eleven grandchildren. 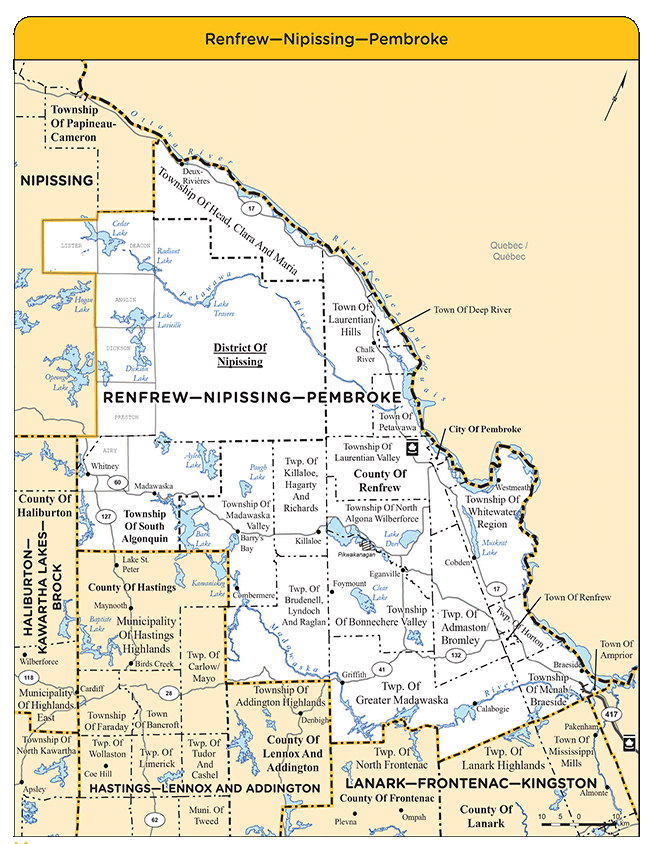